You are here: Home / Articles / DADA2: A New Disease for Rheumatologists to Understand
Print-Friendly Version / Save PDF 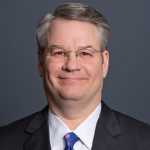 BETHESDA, MD—Rheumatologists from the National Institutes of Health (NIH) and from Jerusalem, Israel, have identified deficiency of adenosine deaminase 2 (DADA2) as an important cause of familial polyarteritis nodosa, which tends to present in childhood and can manifest with hematologic, immunologic and inflammatory signs, says Chip Chambers, MD, founder and president of the DADA2 Foundation. Following the Second International Conference on Deficiency of ADA2 in November 2018, Dr. Chambers spoke with The Rheumatologist to answer questions about this condition:

Q: What leads to deficiency of adenosine deaminase 2, and what do we know about this enzyme?

A: DADA2 is caused by loss-of-function mutations in the ADA2 (formerly known as CECR1) gene. We still have a lot to learn about the physiological functions of ADA2. It has been linked to the differentiation of macrophages between their pro- and anti-inflammatory forms, as well as a growth factor for the endothelial cells.

Q: What are the signs and symptoms that should prompt a physician to consider the diagnosis of DADA2?

A: Patients with DADA2 can present with a wide variety of symptoms, including childhood-onset stroke, systemic inflammation, immunodeficiency and hematological defects; overlapping vascular/inflammatory, hematological and immunodeficiency pheno­types exist. Skin manifestations—livedo reticularis, livedo racemosa and cutaneous vasculitis—are common and often initially diagnosed as polyarteritis nodosa (PAN). Neurological symptoms include ischemic stroke, intracranial hemorrhage and neuropathy. Inflammation associated with DADA2 can cause recurrent fevers and affect the liver, spleen, kidneys and gastrointestinal system. Many patients present with cytopenias, including anemia and neutropenia. Primary immune deficiency can also be a hallmark of the disease.

Pediatric stroke patients without a clear etiology should be screened for DADA2, as well as children and adults diagnosed with atypical PAN. In addition, patients with Diamond-Blackfan anemia (DBA), pure red cell aplasia or immunodeficiency without another genetic diagnosis should be considered for screening. If you have questions about genetic testing for DADA2, contact Ivona Aksentijevich, MD, in the National Human Genome Research Institute at the NIH via email at aksentii@arb.niams.nih.gov or me at chip.chambers@dada2.org.

Q: How has the availability of genetic sequencing enhanced our understanding of DADA2?

A: Genetic sequencing was key to discovering the disease in the first place, and it has since led to breakthroughs in understanding the pathophysiology of the disease (for example, mutations that disrupt glycosylation sites can cause misfolding of ADA2 and prevent its secretion from the cell). More widespread testing has shown us that some patients originally diagnosed with PAN, DBA and pure red cell aplasia, in fact, have DADA2.

Q: What are the typical treatments used for patients with clinical manifestations of DADA2?

A: Tumor necrosis factor inhibitors are the first-line treatment for the vascular and inflammatory symptoms of DADA2, and they have been remarkably effective in preventing strokes in DADA2 patients. Hematopoietic stem cell transplant (HSCT) has been successfully used as a definitive treatment for patients with severe immunodeficiency and bone marrow failure.

Q: What gene therapy treatments are being explored for DADA2?

A: Researchers are in the early stages of pursuing the possibility of gene therapy, either adding a working copy or editing the ADA2 gene to fix pathogenic mutations.

Q: What is the DADA2 Foundation, and what is the mission of this organization?

A: The DADA2 Foundation was founded by parents of DADA2 patients to drastically accelerate the search for a cure for the disease, while increasing awareness and diagnosis and ensuring that patients around the world and their medical teams have access to the most up-to-date treatments. One hundred and thirty doctors and scientists from 16 countries attended our inaugural international conference in November 2016, less than two years after the publication of the first papers on DADA2 in the New England Journal of Medicine.1,2 As far as we know it’s the shortest time between a disease’s initial description and a medical conference of that scale.

We aim to foster intensive collaborations among clinicians and researchers, with deep involvement from patients and parents, to support promising research projects and to create an innovative, community-inspired model for rapidly curing rare genetic diseases. The Second International Conference on Deficiency of ADA2 had 123 doctors and scientists from 25 countries and 93 patients and families from 16 countries in attendance.

Q: Can you tell us about your personal connection to DADA2?

A: I am the former chief of endocrine surgery at Vanderbilt University Medical Center in Nashville, Tenn., and I continue to hold a clinical faculty appointment at Vanderbilt, teaching residents and medical students. My two children were diagnosed with DADA2 in March 2014, and I formed the DADA2 Foundation in mid-2016 to not only accelerate bench to bedside research for DADA2, but to create new models of worldwide collaboration for all rare diseases. I have spent the past three years making connections among clinicians treating patients with DADA2 all over the world, as well as their families and researchers studying the ADA2 molecule.

Q: Can you describe the exciting research and future directions you foresee for understanding, diagnosing and treating DADA2?

A: During the second day of the 2018 DADA2 Conference, the doctors and scientists broke out into DADA2 Collaborative Groups. These small groups of physicians and scientists met around the following topics: diagnosis and screening, gene therapy, hematopoietic stem cell transplant, neurological phenotype, pathophysiology, and patient-reported outcomes. The DADA2 Foundation will hold quarterly international conference calls with each group to continue, in a very organic way, the discussions and collaborations that occurred during the 2018 conference. In addition, an overarching Scientific Advisory Board was formed to help the DADA2 Collaborative Groups achieve their objectives during 2019.