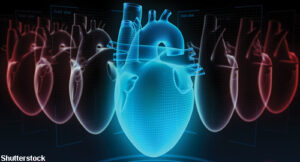 In 2021, the ACR—in concert with the Vasculitis Foundation (VF)—released four new vasculitis guidelines, one each on: 1) anti-neutrophil cytoplasmic antibody (ANCA) associated vasculitis, 2) giant cell arteritis (GCA) and Takayasu arteritis, 3) polyarteritis nodosa and 4) Kawasaki disease.1-3,10 The guideline development process is complex. For the vasculitis guidelines, this process kicked off in June 2017, when the core leadership team formed by the ACR first met in person. The ACR also convened expert and voting panels. Together, the core team and the two panels determined the project’s scope. Members of the literature review team assembled evidence using the most recent nomenclature system for vasculitis, the 2012 Chapel Hill Consensus Conference nomenclature.4 A panel of patients contributed as well. In this series, we discuss the updated recommendations with authors who contributed to each guideline. Read other installments in this series.

We continue the series with Andy Abril, MD, a lead author of the ACR/VF guideline for Takayasu arteritis. Dr. Abril is chair of the Division of Rheumatology, Department of Internal Medicine, and chair of the Rheumatology Subspecialty Council, Mayo Clinic Health System, Jacksonville, Fla.

Takayasu arteritis (TAK) is a large vessel vasculitis that typically affects the aorta and the proximal branch vessels. Constitutional symptoms and arthralgias are common, as well as claudication, organ damage due to ischemia, and features related to the vessel involved, such as carotidynia.

From the guideline—Recommendation: For patients with active TAK, we conditionally recommend the use of other non-glucocorticoid immunosuppressive therapy over tocilizumab as initial therapy.

Q: How do you feel about tumor necrosis factor (TNF) inhibitors vs. tocilizumab vs. other conventional synthetic disease-modifying anti-rheumatic drugs (DMARDs)?