You are here: Home / Articles / Where the Presidential Candidates Stand on Key Healthcare Issues
Print-Friendly Version / Save PDF

Healthcare—particularly the Patient Protection and Affordable Care Act (ACA)—has been a hot topic this presidential election season. Where do the Democratic and Republican presidential candidates stand on healthcare issues affecting rheumatologists and the medical profession as a whole? The Rheumatologist looked at the candidates’ positions on a few key issues, summarized briefly below. Information on the candidates’ views is taken from campaign websites, public campaign appearances, and news interviews. 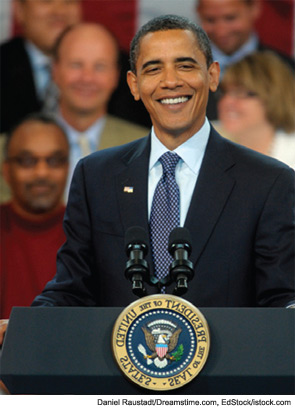 On February 14, 2011, President Obama proposed a $3.7-trillion budget that would postpone until September 2013 the scheduled 25% cut in Medicare payments to physicians based on the SGR. This proposal made other cuts to what he called “wasteful” medical spending in order to keep Medicare payment rates to doctors steady. This included cuts to state Medicaid grants, healthcare and COBRA tax credits, and the public health and social services emergency fund. President Obama called the two-year SGR-fix “a downpayment toward a permanent fix.” While the President and members of Congress nearly universally agree that the SGR must be replaced, a permanent fix the SGR has eluded decision makers, and physicians face a 27% cut scheduled for January 1, 2013.

Reaching the two-year mark in March 2012, the ACA has seen some parts enacted, such as the new heightened age limit on dependent insurance coverage and subsidies for Medicare recipients. The law includes provisions that will expand access for patients with rheumatic disease, such as eliminating barriers for those with preexisting conditions. It includes programs to broaden access to coverage and treatment, such as its eventual elimination of the coverage gap in Medicare Part D—the doughnut hole—and its cap on out-of-pocket expenses. The ACA’s Pediatric Subspecialty Loan Repayment Program, if funded, will help reduce the shortage of pediatric rheumatologists in the U.S. Now that the U.S. Supreme Court upheld most parts of the law via their June 28, 2012 ruling, we can expect more of the ACA’s provisions to be enacted, and some provisions will continue to be modified. Congress and the President have already repealed an unpopular 1099 tax-reporting provision of the original ACA, and a bipartisan group in Congress supports repeal of the Independent Payment Advisory Board. Republicans consider the ACA to be an overreach of the federal government and vow to repeal it, saying it costs too much and forces American citizens to participate in a government-mandated program.

The Obama administration’s FY13 budget keeps NIH funding flat at $30.7 billion. According to the NIH budget allocation, in FY13, arthritis would receive $225 million in funding and lupus $105 million.