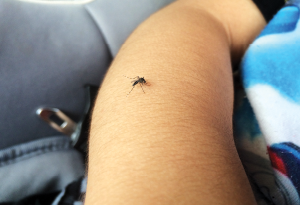 The strategy must clear multiple hurdles before it can become a viable intervention in human patients. Mark Heise, PhD, a geneticist who studies viral pathogenesis at the University of North Carolina in Chapel Hill, cautions that the course of a chikungunya infection differs between humans and mice, the latter of which aren’t natural hosts for the virus. Even so, Dr. Heise, who wasn’t involved with the new study but previously collaborated with one of its co-authors, calls it “an important advance” for the field. “I think it’s a really good stepping off point for thinking about these sort of combination therapies,” he says, “especially for people who may be at risk for developing chronic disease manifestations.”

Mosquito-borne chikungunya, which debuted in the Western Hemisphere in late 2013, has since sickened more than 1.8 million people in the Americas. Apart from a few cases in southern Florida, however, the thousands of chikungunya infections seen in the U.S. to date have all been acquired outside the country.

Jonathan Miner, MD, PhD, the new study’s lead author and an instructor in medicine at Washington University in St. Louis, previously showed that the virus can cause joint pain and swelling that bears a striking resemblance to rheumatoid arthritis.2 The travel history of patients, he emphasizes, can be critical in distinguishing between the two diseases.

From animal studies of the viral infection’s acute phase, chikungunya seems to replicate to high levels within the blood and then invades the joints, where it can replicate as well. Within three days of infection, human patients can exhibit symptoms such as a high fever, joint pain, morning stiffness and inflammation. “I’ve seen patients who had such severe pain that they were unable to walk. It can be really debilitating,” Dr. Miner says. Patients may also experience muscle pain, a rash and conjunctivitis.

Arthritis, however, is chikungunya’s signature symptom, appearing in about 90% of cases. Roughly 60% of patients continue having symptoms a year or more after the infection—well after the virus is no longer detectable in the blood.

Dr. Miner and co-author Deborah Lenschow, MD, PhD, an associate professor of medicine and fellow rheumatologist at Washington University, began studying the virus and its effects when multiple patients began showing up at their rheumatology clinic in 2014 complaining of severe joint and muscle pain.