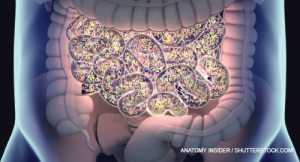 CHICAGO—At the 2019 ACR State-of-the-Art Clinical Symposium, an annual gathering featuring talks by key opinion leaders on the most salient topics for practicing rheumatologists and healthcare providers, Jose U. Scher, MD, director of the Microbiome Center for Rheumatology and Autoimmunity at NYU Langone Medical Center, New York City, was the featured speaker. In his remarks, Dr. Scher discussed fascinating findings from more than a decade’s worth of research examining the relationship between bacteria throughout the body, such as in the lungs and gastrointestinal tract, and inflammatory diseases, such as rheumatoid arthritis.

Several interesting questions were raised in the talk, among them, “Can certain bacteria trigger an autoimmune response in patients who develop rheumatologic disease?” and “Can one modify the microbiome to prevent or treat autoimmunity?” The potential hypotheses that emerged were tantalizing, and selection of this topic as the theme of the keynote address speaks to the timely importance of understanding the role the microbiome plays in autoimmunity.

Symbiotic Interplay
One area that has attracted particular attention, Dr. Scher noted, is the relationship between spondyloarthritis and the microbiome. Research has shown the microbial cells of the human gut outnumber host cells by a ratio of 10 to 1 and contain 100-fold more genes than the human genome.1 Although clearly a symbiotic interplay exists between this plethora of varied bacteria and their host, with the former benefiting from host nutrients and the latter gaining metabolic and physiologic capabilities provided by these commensal bacteria, the interaction between gut flora and the immune system may yield collateral damage and explain some of the genetic associations seen in spondyloarthritis.

For example, the association between the human leukocyte antigen B27 (HLA-B27) allele and spondyloarthritis has been well established since the 1970s, but only in the 1990s was it shown that HLA-B27 transgenic rats that develop spondyloarthritis are free of colitis and arthritis when the animals are raised in a germ-free environment, and that these gut and joint inflammatory findings re-emerge when normal flora is re-introduced.2,3 Researchers have also shown that the cecal microbiota of HLA-B27 transgenic rats demonstrate differences in bacterial species compared to those of wild-type rats, and 16S microbial sequencing of the microbiomes in terminal ileal biopsies from ankylosing spondylitis patients vs. healthy controls confirmed that similar differences are seen in humans as well.4,5 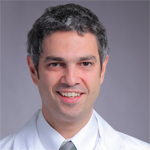 Dr. Scher noted that James Rosenbaum, MD, professor of ophthalmology at Oregon Health and Science University, and Michael P. Davey, MD, PhD, professor of medicine, Division of Arthritis and Rheumatic Diseases of the School of Medicine at Oregon Health and Sciences University, have put forth a hypothesis: HLA-B27 influences the composition of the body’s endogenous flora and this “B27-shaped flora” causes ankylosing spondylitis.6 Although the pathogenesis of such a sequence remains unclear, CD4+ T cells may play a large role in activation of the interleukin 23 (IL-23)/IL-17 axis in both joint and gastrointestinal inflammation.7