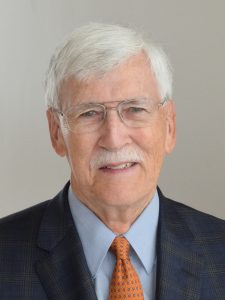 June saw the passing of a beloved colleague, mentor and friend to many in the rheumatology community when J. Timothy Harrington, MD, died of pancreatic cancer in his hometown of Madison, Wis.

Dr. Harrington trained at Massachusetts General Hospital, the National Institutes of Health National Cancer Institute and UT Southwestern Medical Center, and served on the faculty at the University of Texas Medical School at San Antonio, before returning to Madison in 1976, where he was a managing partner in his own practice and a professor of medicine at the University of Wisconsin School of Medicine and Public Health until his retirement in 2012.

Dr. Harrington pursued a range of interests over his career in rheumatology, but they all revolved around a central theme: system- and population-based approaches to the delivery of care. He urged us to improve the value of our care, address workforce shortages and reduce the burden on individual providers by redesigning our clinics and hospitals to do the things that individual providers could not do on their own.

Many of his early efforts were in the area of osteoporosis. For example, he drew attention in the early 2000s, several years after the U.S. Food & Drug Administration approved alendronate, to the fact that even patients who had suffered an osteoporotic fracture were not receiving widely available and state-of-the-art management of their disease. He saw similar opportunities in mechanical low back pain, making the case for interdisciplinary, “pre-appointment management” and in the implementation of treat-to-target strategies for rheumatoid arthritis.

His friends and collaborators knew him as engaging and persistent, convinced that we could all do it better. Forever upbeat, he eschewed negativity and invited us, with a smile on his face and a twinkle in his eye, to join him on a path to a better future. He was a visionary and saw the road ahead with greater clarity than most of us. He was impatient for, and unafraid of, change. He published system-based approaches to care that seemed almost avant-garde at the time, but have, in the intervening decades, been widely adopted and are routinely employed today.

Importantly, Dr. Harrington never saw the gaps that he strove to fill as a failing on the part of his colleagues. On the contrary, the shortcomings in the delivery of care in the U.S. were the predictable result, in his eyes, of an ill-designed system that expected increasingly busy clinicians to take care of increasingly complex patients without rationally designed systems to make their work safer, more efficient and more effective.