You are here: Home / Articles / Insights into Methotrexate Toxicity in Elderly Patients with Rheumatic Disease
Print-Friendly Version / Save PDF 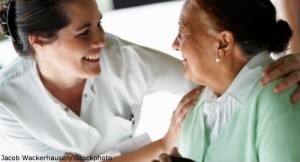 ACR CONVERGENCE 2022—For patients with moderate to severe rheumatoid arthritis (RA) disease activity, methotrexate monotherapy is recommended when initiating treatment with a disease-modifying anti-rheumatic drug (DMARD). Methotrexate, a dihydrofolate reductase inhibitor immunosuppressant, is preferred over other agents, such as Janus kinase inhibitors, because of its established safety and efficacy as a first-line DMARD and its low cost.1

The investigators identified patients with rheumatic diseases and severe methotrexate toxicity between 2011 and 2020. Using electronic health records, they collected patient data on age, sex, diagnosis, methotrexate dose, methotrexate duration of treatment, concomitant medication(s), toxicity symptoms, infections and patient outcome. The estimated glomerular filtration rate (eGFR), an indication of renal function, was assessed before methotrexate toxicity occurred, at admission to the hospital, during hospitalization and at hospital discharge. Additionally, data from a group of 150 patients with RA who were 70 years of age and older were analyzed for comparison.

One patient died from complications related to septicemia. Nine patients were discharged from the hospital after an average of 26 days. The 11th patient’s outcome was not reported.

Two patients had recently started methotrexate. In the remaining eight patients, methotrexate had been used for a mean of 5.8 years (range: 3 months to 20 years). The last dose of methotrexate prescribed was a weekly dose of 13.3 mg ± 3.5 mg (mean ± SD), ranging from 7.5–20 mg. Plasma methotrexate levels were detectable in four of nine patients (range: 0.02–0.10 µmol/L). An accidental methotrexate overdose was clinically suspected in one patient.