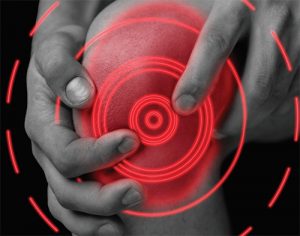 Inflammation in the knee was found to be associated with development of pain sensitization in recent research with a cohort from the Multicenter Osteoarthritis Study (MOST). This research finding may indicate that targeting of inflammation could help reduce pain severity in knee osteoarthritis (OA).

One of the primary reasons for the study, according to Dr. Neogi, were questions related to why the radiographic severity of OA does not correlate with the severity of the symptoms in many patients. “Physicians are often faced with patients who have terrible looking X-rays, but the patients don’t have much pain, or the patient who has a lot of knee pain, but the X-ray looks pretty good. This so-called structure-symptom discordance raises the question of what else other than the structural pathology is contributing to knee pain,” she says.

The alteration in neurologic processing of nociceptive signaling leading to enhanced pain facilitation is now recognized as one mechanism by which pain associated with knee OA becomes chronic and persistent, according to the researchers.2 An increased responsiveness of peripheral or central nociceptive neurons seems to contribute to this pain experience, which results in heightened pain sensitivity and a more severe pain experience. Pain sensitization is associated with pain severity that is independent of knee OA severity.

A central aim of the study was to determine whether inflammatory and mechanical lesions are associated with pain sensitization in people with knee OA. If either of these types of lesions were to lead to sensitization, they would be attractive as early therapeutic targets to prevent the occurrence of sensitization, with the expectation that this would then prevent the eventual development of chronic and/or more severe pain in knee OA, the researchers explained in their paper.

The 1,111 people included in the study sample for this research are among the 3,026 subjects enrolled in MOST. MOST is a National Institutes of Health/National Institute on Aging-funded longitudinal, prospective, observational study of a cohort of older adults (aged 50–79) with or at risk of knee OA. Patients are considered at high risk for development of knee OA because of their weight, knee symptoms or history of knee injuries or operations.

MOST has conducted five follow-up contacts with patients at 15, 30, 60, 72 and 84 months, with a current visit ongoing for the 144-month follow-up. Clinical assessments are conducted at each visit, with radiological data, both X-rays and MRI, collected, as well as other measures and instruments. The 72-month follow-up, however, included only a telephone interview. There are three investigative aims: mechanical risk factors, causes of knee symptoms and pain, and long-term disease trajectory of knee OA, according to an overview of the study.3

Overall goals of the study are to understand the risk factors, natural history and consequences of OA. MOST investigators hope to identify novel and modifiable biomechanical factors, including physical activity-related factors, bone and joint structural factors, and nutritional factors that affect the occurrence and progression of OA-related knee symptoms and radiographic knee OA. Investigators involved in the study are seeking to determine whether risk factors for onset of disease are different than those responsible for the progression of the disease.

Dr. Neogi and colleagues involved in the pain sensitization research collected data from MOST in subjects who had attended the 60-month and 84-month study visits, which were the first visits where standardized quantitative sensory testing measures of sensitization were obtained. The data on subjects included standardized and validated assessments, including radiographs, MRIs and bone density scans; answers to questionnaires related to various aspects of pain, function, sleep, depressive symptoms, other psychological factors and quality of life; and information about other medical conditions and medications, among others, Dr. Neogi says. Information was also available on several objective assessment measures of the patients’ strength, gait speed, chair stands, physical activity, etc., and the research team also obtained biospecimens from the patients.

This was the first study to examine the relation of inflammatory lesions and bone marrow lesions to concurrent and longitudinal changes in pain sensitization in a large, well-characterized cohort. Among the findings was that patients with synovitis at baseline (the 60-month visit was considered the baseline visit in this research) had a significantly lower pressure pain threshold at baseline and a significant decrease in pressure pain threshold at the patella 24 months later (the 84-month follow-up visit), which indicated that they had become more sensitized.

Effusion was associated with development of new temporal summation (which is an increase in pain when the same stimulus is repeated over time) at the patella and with a decrease in pressure pain threshold at the wrist, and “both findings suggest the involvement of central sensitization. Thus, inflammation appears to influence the development of and perhaps amplification of sensitization,” according to the researchers.

Additionally, the investigators found that persistence of synovitis and persistence of effusion were associated with a decrease in the pressure pain threshold over time, primarily at the wrist, which suggests a spreading sensitization over time. Even when there was resolution of the inflammatory features on MRI, there was no significant change in the pressure pain threshold, which suggests that once sensitization or heightened sensitivity has occurred, removal of the inflammatory stimulus may not be able to alter the sensitization, they reported. There was also no change in temporal summation.

The presence and burden of bone marrow lesions, however, were not associated with sensitization, they reported.

Whether these research findings about pain sensitization can be extrapolated to other joints is not yet understood, Dr. Neogi says. Ongoing studies are exploring pain sensitization in hand OA and in RA where inflammatory synovitis is a prominent feature. Results may be forthcoming in the next couple of years, she says, adding that it is a “very active area of research.”

Dr. Neogi is researching the role of pain sensitization in the experience of the 20–30% of people who have persistent pain even after knee replacement surgery. For some people, there seems to be a risk that their pain is permanent and no longer reversible. “We wonder if it is possible that some people have pain persistence after joint replacement because some of these changes persist, that they are still sensitized, and that that is what contributes to their ongoing pain.” Her research is exploring how the peripheral nociceptors are responding to the stimuli and how the spinal cord is passing on the signals to the brain.

“[The explanation] will be multifactorial, but the better we understand it, the better we will be able to individualize treatment so that we don’t try to do a one-size-fits-all for patients. We need to understand the underlying mechanisms of a patient’s pain and then specifically target those mechanisms,” Dr. Neogi says.

Until more is known about the mechanisms contributing to sensitization, “there are some general things that we can do to help our patients and start to get at a multimodal approach to pain management,” she says. These include addressing sleep and mood issues, weight loss, physical therapy and activity, the underutilized holistic approaches that can help patients manage their pain, and “we can also consider a referral to cognitive behavioral therapy to help patients better cope with their pain,” she says.

Kathy L. Holliman, MEd, is a medical writer based in Beverly, Mass.