You are here: Home / Articles / Palindromic Rheumatism: Will It Progress to Severe Rheumatoid Arthritis?
Print-Friendly Version / Save PDF 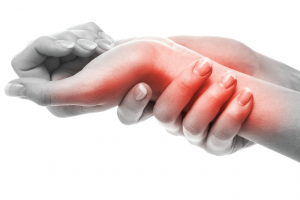 Palindromic rheumatism (PR) was first described in 1944 as “unique in its nature of recurrent, transient episodes of excruciatingly painful inflammation of articular and periarticular tissues, followed by periods without symptoms.”1 Unfortunately, it is becoming evident this entity is more frequent than we thought.2

PR is easily ignored or misdiagnosed due to its character (i.e., no symptoms or signs between attacks) and because patients usually present after resolution of symptoms, with no evidence of acute inflammation on clinical, serologic or radiologic examination.

An experienced rheumatologist obtaining a focused history usually finds it necessary to diagnose PR. In a 1987 study, Hannonen et al. proposed this diagnostic criteria: 1) recurrent attacks of sudden-onset mono- or polyarthritis, or of a peri­articular tissue inflammation, lasting from a few hours to one week; 2) verification of at least one attack by a physician; 3) subsequent attacks in at least three different joints; and 4) exclusion of other forms of arthritides.3

We have observed over the years in a large rheumatology practice the difficulty of obtaining a focused history necessary to suspect and diagnose PR, and the difficulty patients, family and referring doctors have had with accepting the diagnosis. We also noted the evolution of patients with PR to severe forms of rheumatoid arthritis (RA) was more common than expected and that these patients suffered from particularly severe RA.

Below, we describe two such cases.

A 60-year-old Hispanic male presented with acute onset pain of the right wrist attributed to mild trauma. This resolved spontaneously over the course of a few hours. Pain and swelling resurfaced two weeks later, however, this time in his left elbow. Conservative measures were taken, and symptoms of pain, swelling and redness subsided within 36 hours.

Over the course of the next two months, the patient experienced intermittent episodes of abrupt onset, excruciating pain at various joints (usually one to three joints simultaneously). These episodes lasted 10–40 hours and subsided almost as abruptly as they started. Naproxen helped ease the pain.

The patient was seen by an internist during one such flare, and lab tests, which included complete blood count (CBC), erythrocyte sedimentation rate (ESR), C-reactive protein (CRP), uric acid and thyroid stimulating hormone (TSH), were normal.

Three months later he presented to a rheumatologist with persistent pain in his right wrist and metacarpals (MCPs) associated with morning stiffness. A focused history revealed the absence of trauma (although the patient kept blaming nonexistent “possible” trauma because there was swelling and pain). Further investigation revealed a positive rheumatoid factor (RF), anti-cyclic citrullinated peptide (anti-CCP) and elevated CRP. Joint X-rays proved unremarkable. Given these more classical signs of RA, he was treated with hydroxychloroquine, methotrexate, naproxen and low-dose prednisone.