You are here: Home / Articles / Patients with Parkinson’s Disease Are at Risk for Carpal Tunnel Syndrome
Print-Friendly Version / Save PDF 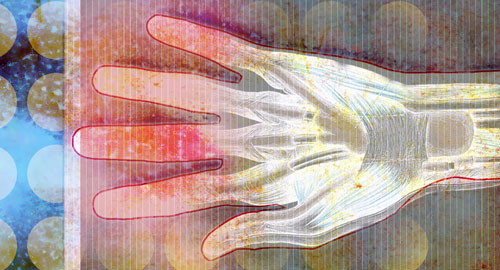 Patients with carpal tunnel syndrome (CTS) experience pain, numbness and tingling that can be characterized as an upper limb neuropathy. CTS is more common in women, with a female to male ratio of 3:1. Various studies have described the incidence of CTS in the general population as between 2.5 and 5 cases per 1,000 person years. Approximately one-third of patients newly diagnosed with CTS receive operative treatment, and this percentage appears to be increasing.1 Although surgery is known to be an effective treatment, the question remains: Which patients are the best candidates for surgery?

Marine Loizon, a researcher at the Hopital Neurologique Pierre Wertheimer in France, and colleagues investigated the connection between CTS and Parkinson’s and published their estimate  of the incidence of clinically symptomatic CTS in patients with Parkinson’s online Sept. 13 in the Journal of Neurology.4 The researchers initiated their study in response to the observation that several of their patients with Parkinson’s developed CTS following subthalamic nucleus deep brain stimulation (STN-DBS).

The researchers examined 115 consecutive Parkinson’s patients between 2010 and 2014 who underwent STN-DBS at the Neurological Hospital in Lyon, France. CTS was diagnosed by clinical examination in combination with muscle and nerve examination. The investigators found that 7.8% (nine) of their patients developed CTS in the two years after surgery. Three of these patients required surgery to treat the CTS. The authors note that this incidence of CTS is significantly higher than the incidence of CTS observed in the general French population.

The patients in the study who were diagnosed with CTS had a mean age of 64 years (51–70) and were mostly female—3:1 ratio of female to male. Of the patients diagnosed with CTS, six had a tremor-dominant Parkinsonian phenotype, two had an akinetic-rigid dominant phenotype and one had a mix phenotype. The investigators concluded that the relationship between STN-DBS and CST should be explored by a prospective study with muscle and nerve examination and oriented neurological examination prior to surgery. Such a study design should enable the detection of any CTS that may be present in patients with Parkinson’s prior to deep brain stimulation.