You are here: Home / Articles / The ACR/ARHP Honors Members for Contributions to Rheumatology
Print-Friendly Version / Save PDF 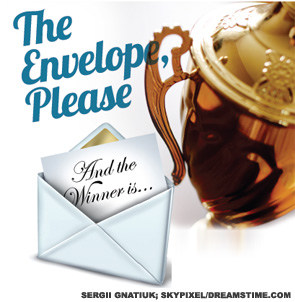 You could call it the Rheumatic Oscars. At the 2014 ACR/ARHP Annual Meeting in Boston, the ACR and the ARHP honored a group of distinguished individuals who have made significant contributions to rheumatology research, education and patient care. The Rheumatologist spoke with the ACR winners about their individual contributions to advance rheumatology.

Background: Dr. Croft has been a fixture in the ACR for decades, so he knows the difficult process that it takes to select the annual batch of award winners. He’s also been on the receiving end. Back in 1990, he won the Paulding Phelps Award, which honors service from clinical rheumatologists. All of that insider knowledge also means he truly understands the distinction of the Presidential Gold Medal.

“I was very honored,” Dr. Croft says. “I have participated on the Nominating Committee in the past [and] contributed to a number of other ACR committees over the years, and I am well aware and appreciative of the intense efforts that all of the members of these various committees have made.”

His efforts are plenty, too. Dr. Croft earned his medical degree from Cornell University in Rochester, N.Y., in 1962. He was chief resident in medicine and a fellow in rheumatology at Rochester’s Strong Memorial Hospital from 1966–67. Two years later, he opened a private practice that he finally closed in 2007.

After that, he spent five years in a consulting position with Mercy Clinic, a primary-care center serving uninsured patients in Gaithersburg, Md. He’s been involved at Georgetown since 1969 as well, and has held the title of clinical professor since 1989. He’s been a policy advocate and a member of the ACR Board of Directors for years, including serving as president in 1999–2000. He has also worked on the ACR’s education, legislative affairs and ethics committees.

He has served as president of The D.C. Rheumatism Society and chair of the Medical Economics Committee of the D.C. Medical Society. He’s been a member of the Washington Academy of Medicine for 25 years. Among his awards is the American College of Physicians Preceptorship of the Year, given to him in 1996 to honor community-based teaching.

Question (Q): As a former board member, what do you think rheumatologists don’t realize about ACR’s role in the field?

Answer (A): The Board has the responsibility for evaluating, discussing and making recommendations for a wide variety of issues that directly impact rheumatology. The meticulous efforts on the part of the ACR board are providing constructive solutions that will serve to focus on those research, practice and educational issues that should provide the stimulus and energy for the sustained contribution of rheumatology to the advancement of health care in America.