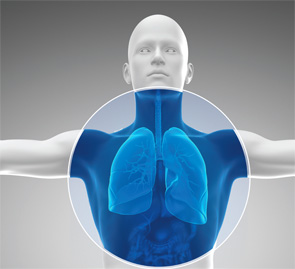 CHICAGO—Scleroderma patients with pulmonary arterial hypertension (PAH) might benefit from more aggressive therapy, an expert in the field said in a session on lung involvement in rheumatic diseases at the American College of Rheumatology’s 2015 State-of-the-Art Clinical Symposium in May.

These trials with “more aggressive therapies” have “all shown that in scleroderma-associated PAH … the improvement seems to be fairly similar to idiopathic disease (which traditionally has been linked with better outcomes). Maybe a little bit less, but much closer than in previous trials,” Dr. Farber said.

More scleroderma patients are surviving longer, with the duration of the disease increasing from 10 years to 15 years from 1970 to 2005, with about 80% of patients developing either PAH or interstitial lung disease. Those two disorders cause more than half of scleroderma deaths, Dr. Farber said.

PAH is considerably more serious when it’s tied to scleroderma than when it’s not—with these patients four times more likely to die from their disease, compared with idiopathic PAH, Dr. Farber said.

Studies using registry data have shown that the hemodynamics of connective tissue-related PAH are better than in the idiopathic forms, but hospitalizations and survival rates are worse in connective tissue forms.

The hemodynamic profile might lead clinicians not to pursue more aggressive treatments early on, Dr. Farber said. And he suggested that might be a mistake.

“You have fewer events farther down the road, and that may be what’s really necessary in people with scleroderma,” Dr. Farber said. “So even though we think that their hemodynamics are better, we know that their outcome is worse. So it may be that treating them with more aggressive—maybe multidrug—therapy up front, and/or prostacyclins, earlier on, is much more important. It might lead to better outcomes.”

More understanding is needed in scleroderma-associated PAH mechanisms, Dr. Farber said. It has been an understudied disease. Trials on rituximab are underway, and data from Dr. Farber’s own project, called PIONEER, on using pharmacogenomics and genomics to determine, up front, how a patient will respond to a drug should be published in the next few months.

Aryeh Fischer, MD, associate professor of medicine at the University of Colorado School of Medicine, tackled the vagaries of diagnosis in another serious consequence of connective tissue disease: interstitial lung disease (ILD). He said that all the possibilities should be considered before determining that ILD is actually connective tissue related—including infection and drug toxicity, among other causes.