You are here: Home / Search for "Telemedicine" 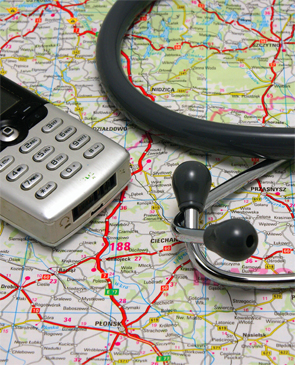 With the evolution and advancement of technology, it was only a matter of time before such changes affected the medical industry. Although the concept of telemedicine dates back more than 50 years, emphasis on cost-effective quality healthcare coupled with technological advancements has caused a resurgence of telemedicine in recent years. What constitutes telemedicine largely depends… [Read More]

NEW YORK (Reuters Health)—Contrary to previous research, mandating commercial insurance reimbursement of telemedicine was not associated with faster growth in Medicare telemedicine use, according to a newly published study. Dr. Ateev Mehrotra of Harvard Medical School, Boston, and colleagues examined trends in telemedicine utilization by Medicare from 2004–2013 using claims from a 20% random sample… [Read More]

A brief has been filed with the U.S. Supreme Court that, if the court decides to hear the case, could have wide-ranging implications for online medical care and the limits of a physician’s First Amendment right to free speech. Medical Advice Via e-Mail Institute for Justice Senior Attorney Jeff Rowes filed the brief at the… [Read More] 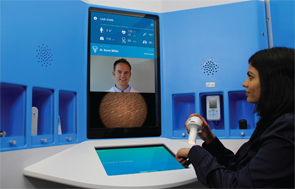 Technology is taking medicine and the Cleveland Clinic and Mayo Clinic to unexpected places. The famed institutions are testing a new way to deliver medical care, with walk-in kiosks mobilized to reach patients who may be too far away, too short on time or facing other challenges that keep them from a traditional doctor’s office… [Read More]

NEW YORK (Reuters Health)—The American College of Physicians (ACP) has issued a baker’s dozen of recommendations intended to guide the effective use of telemedicine in primary care settings. “The recommendations balance the potential benefits and expanded use of telemedicine with the importance of maintaining the patient-physician relationship and patient safety,” Hilary Daniel from American College… [Read More] 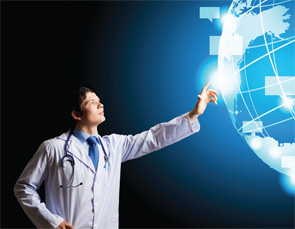 What started out as a way to bring specialty medicine to rural areas around 40 years ago has evolved from sharing imaging and laboratory results to seeing and interacting with patients remotely. Telemedicine is beginning to evolve from its traditional urban–rural linkage, and rheumatologists are following along. “Telemedicine covers a variety of services, but it… [Read More]

Noting that the pandemic has shifted what and how rheumatology trainees learn, Dr. Marston hopes the Committee on Rheumatology Training & Workforce Issues can work to understand current workforce needs and explore new educational opportunities.... [Read More]

An early adopter gives her take on telerheumatology.... [Read More]