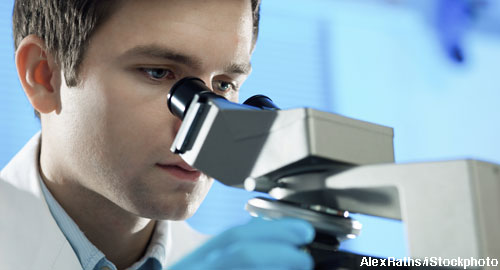 “We observed clonal convergence and selection leading to the predominance of autoreactive V segments in the [wild type]-derived germinal center B cell population, similar to previous observations in autoimmunity and cancer,” they explain. “Serum antibodies displayed epitope spreading, further supported by our finding of [wild type]-derived Ab deposits (IgG2c) in the kidneys of 564Igi mixed chimeras.”

Thus, clonal expansion of wild type B cells in autoreactive germinal centers appeared to be at the heart of epitope spreading and the consequent autoimmune response. Even more importantly, researchers concluded that “self-reactive 564Igi B cells are sufficient to break tolerance and induce the formation of autoreactive [germinal centers], which are predominantly composed of [wild type]-derived cells.”

ad goes here:advert-3
ADVERTISEMENT
SCROLL TO CONTINUE
Lara C. Pullen, PhD, is a medical writer based in the Chicago area.