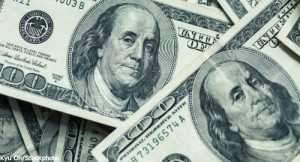 A retrospective study of five practicing academic rheumatologists at the Loma Linda University School of Medicine, California, revealed that for every dollar billed in an office visit, $12.14 was generated in downstream revenue to the health system.1

Kathleena M. D’Anna, DO, a fellow in the Division of Rheumatology at Loma Linda, and colleagues adjusted the documented downstream revenue for inflation and found that it was comparable to that calculated in 2005 by Wickersham et al. (i.e., $10.02 for every $1.00 billed).2 However, the authors write that the study by Wickersham et al. was performed in Colorado, where reimbursement rates based on Medicare data are lower than in Southern California.

In the 15 years since the Wickersham study, the field of rheumatology has experienced an increase in the number of biologic agents available to treat patients, as well as an increase in the incorporation of diagnostic tools, such as ultrasound and targeted blood markers.3

The investigators designed the study to determine if the relationship between direct clinical services rendered by a rheumatologist through patient care and the downstream revenue earned by a hospital system from these encounters had changed from 2005 to 2020. Their study included only revenue generated by available Medicare allowable charges. The authors note that although Loma Linda University Hospital participates in the 340b pricing program that helps make healthcare and prescription drugs more affordable, discounted prices were proprietary and inaccessible to the researchers. Thus, the team estimated 340b cost to be 60% of published wholesale acquisition prices.

Although the investigators found the downstream revenue remained stable from 2005 to 2020, they documented an overall increase in the dollar amount generated from laboratory studies, radiology and consults with other specialists when compared with the 2005 Wickersham study. The main driver of the downstream revenue in the current study, as well as the Wickersham study, was infused medications. However, the authors note their study likely underestimates infusion revenue because their hospital—like most hospitals—lacks transparency on billing processes for such procedures.

The investigators found academic rheumatologists averaged an annual production of 4,755 work relative value units (wRVUs), which is similar to that averaged by private practice rheumatologists (4,821 wRVUs).4 This finding means that although academic researchers have academic obligations outside medical care, they appear to have very little time set aside for such activities. The researchers explain in their discussion that academic rheumatologists may find it difficult to balance their demanding outpatient clinical practice treating chronic and complex medical issues with expectations of scholarly activity intended to benefit their patients and community.