You are here: Home / Articles / Colchicine: An Ancient Drug with Modern Uses
Print-Friendly Version / Save PDF 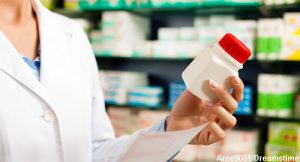 Discovered more than 3,000 years ago, colchicine is one of the oldest drugs still in use today. Like most old remedies, colchicine is a chemical substance found in many plants, most notably in colchicum autumnale, known as wild saffron or autumn crocus. It was mentioned in the oldest Egyptian medical text, Ebers Papyrus (circa 1550 B.C.), where it was described for the use of pain and swelling.1

As early as the 1st century A.D., Pedanius Dioscorides, a Greek physician and pharmacologist, describes the use of colchicum to treat gout in his pharmacopeia, De Materia Medica.2

Colchicine’s name may come from its use as a poison in the district of Colchis of ancient Greek. Medea, the sorceress daughter of the king of Colchis, used it as one of her poisons, and it was referred to in Greek mythology as “the destructive fire of the Colchicon Medea.”1,2

Over the course of years, the drug has been described in various texts from Persia and Turkey, and it was noted in the London Pharmacopeia in 1618.2

In the 18th century, a French military officer, Nicolas Husson, used colchicine as the main ingredient in Eau Medicinale, a product he developed as a commercial remedy to treat gout. Benjamin Franklin used this product successfully to treat his own gout and is credited with introducing colchicine to the U.S.1

Colchicine was first isolated in 1820 by French chemists Pierre-Joseph Pelletier and Joseph-Bienaimé Caventou, and a purified active ingredient named colchicine was developed in 1833 by Philipp Lorenz Geiger.3

Despite colchicine’s long history of use, it was not until 2009 that the U.S. Food & Drug Administration approved colchicine to treat gout and familial Mediterranean fever (FMF) under the Unapproved Drugs Initiative.4 Beyond gout and FMF, colchicine is widely used to treat a variety of dermatologic conditions, and its role is being investigated for the treatment of coronary artery disease and even COVID-19 infection.

Colchicine binds to tubulins, blocking the assembly, polymerization and—at higher concentrations—depolymerization of microtubules. Colchicine has multiple effects on the function of the immune system. It inhibits neutrophils’ chemotaxis, adhesion, mobilization and superoxide anion production. It also inhibits the NLRP3 inflammasome complex that mediates interleukin 1β activation. Because it binds to tubulin, colchicine interferes with mitosis.

Despite its antimitotic effect, the efficacy of colchicine in curbing the inflammatory process without prohibiting toxicities may be due to its tendency to highly concentrate in the neutrophils, possibly related to their low expression of ABCB1 drug transporter gene.5,6