You are here: Home / Articles / What Rheumatologists Should Look for in Diagnosing SAPHO Syndrome
Print-Friendly Version / Save PDF

SAPHO syndrome (synovitis, acne, pustulosis, hyperostosis, and osteitis) is an obscure condition that rheumatologists are likely to see. Many rheumatologists may not be familiar with SAPHO. For example, a major rheumatology textbook devotes only three paragraphs to its discussion, and a popular online textbook devotes only 41 lines. However, over a period of one year, the following three patients came under my care. My experience with the first two patients helped me to recognize the diagnosis in the third patient. 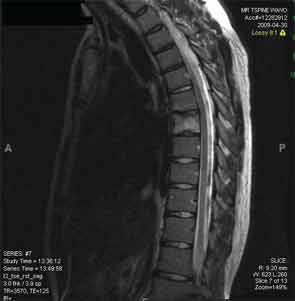 Figure 3: Erosive lesions in the sternoclavicular area of Patient 3; computed tomography. Culture on a specimen obtained at surgery was negative.

A 17-year-old male presented with pain in the thoracic spine and right medial clavicle and skin lesions on his palms and soles, previously diagnosed as pustular psoriasis. A biopsy of the sternum, performed by another physician who was concerned about infection, demonstrated a chronic osteomyelitis without granuloma formation. All microbial culture studies were negative. Magnetic resonance imaging (MRI) of the thoracic spine showed increased uptake at the T7 vertebra (see Figure 1). A biopsy of this bone showed marrow fibrosis with plasma cells present and rare lymphocytes. The microbial cultures were sterile. Treatment with oral and subsequently parenteral bisphosphonates and etanercept were all ineffective. He was then treated with infliximab for several months with considerable symptomatic relief and resolution of the MRI abnormality previously seen at T7 (see Figure 2).

Over time, despite progressive increases in the dose of infliximab, he continued to complain of significant pain. He was then treated with golimumab 50 mg monthly with some improvement. Phototherapy was prescribed for his skin lesions. Although the skin lesions improved, after eight months, the back pain worsened. The patient was switched to adalimumab 40 mg every other week. He continues to require narcotic analgesics for pain relief.

A 59-year-old woman developed severe pain in the thoracic spine and shoulder. A radiograph of the thoracic spine demonstrated a suspicious lesion at the T7 level. Biopsy of the lesion demonstrated nonspecific findings, and microbial cultures were negative. A biopsy of the rash over the palms was consistent with a neutrophilic pustulosis. Treatment was initiated with ciprofloxacin and trimethoprim/sulfamethoxazole. However, the patient developed disabling anterior chest pain for which treatment with several doses of intravenous pamidronate was temporarily helpful.