You are here: Home / Search for "physical function"

The impact of adaptive energy programs on the manifestations of chronic inflammatory disease... [Read More]

A look at the rheumatology practice team... [Read More] 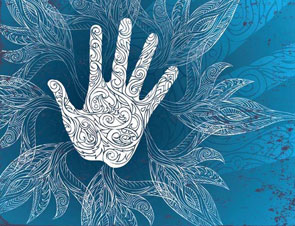 Systemic sclerosis (SSc; scleroderma) is a disease in which inflammatory and fibrotic changes result in overproduction and accumulation of collagen and other extracellular matrix proteins, resulting in intimal vascular damage, fibrosis, and occasionally organ dysfunction affecting the gastrointestinal, lung, heart, and renal systems. There are two classifications of SSc—limited cutaneous or CREST (calcinosis, Raynaud’s, esophageal dysmotility, sclerodactyly, and telangectasias) syndrome, where skin thickening occurs mainly in the distal extremities and facial/neck areas and internal organ involvement, if present, occurs later in the disease process; and diffuse cutaneous disease where there is a more rapid progression of skin thickening from distal to proximal and organ involvement can be severe and occur early in the disease. As noted by various authors, there is no “crystal ball” into which one can look to see the outcome of the disease, and involvement varies significantly from one person to the next.... [Read More]

Rheumatology trainees will need to know basic and clinical science to be successful at translation... [Read More]

Panush’s perspectives on selections from the literature... [Read More]