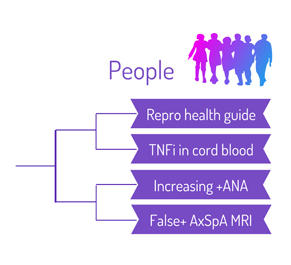 Editor’s note: RheumMadness is the place for everyone crazy about rheumatology to connect, collaborate, compete and learn together. During RheumMadness, rheumatology concepts represent teams that compete against each other in a tournament, much like basketball teams do in the NCAA’s March Madness tournament. In a series for The Rheumatologist, readers will get a chance to read the scouting reports for each concept team. These reports are written by rheumatology fellows from

13 programs throughout the U.S.

Our base article explores how the prevalence of anti-nuclear antibodies (ANA) has changed over the past 25 years. Dinse et al. studied more than 14,000 participants from the U.S. National Health and Nutrition Examination Survey (NHANES) using serum ANA via indirect immunofluorescence (IFA) assays to determine ANA prevalence during three different time periods: 1988–1991, 1999–2004 and 2011–2012. After adjusting for sex, age and race/ethnicity, results show a significant increase in ANA positivity over the past 25 years, with some interesting subgroup differences (see Table 1).1

All serum samples were run using IFA on Hep-2 cells. Therefore, differences in testing assays—and possible false positives or negatives—would not account for the trends. The increase in prevalence was seen in both sexes and non-Hispanic whites. Of note, the prevalence of thyroid disease increased across all three time periods, and ANA rates were higher among subjects with thyroid disease compared with those without. These results also showed a positive association between patients who were overweight (i.e., with a body mass index [BMI] of 25≤30 kg/m2) and ANA prevalence in the third period compared with the first period. 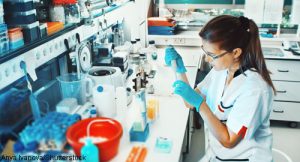 When considering the future implications of these findings, we first should ask, “What are ANA really, and what is the significance of a positive test?”

ANA are specific autoantibodies against nuclei of cells. Although the widespread belief was that these were antibodies inappropriately produced by the body and more is always worse, increasing evidence exists that autoantibodies are a natural part of physiologic autoimmunity.2 Therefore, autoantibodies may play a regulatory role in the body, and there may be an optimal amount of autoimmunity necessary for normal functioning, prompting the newer notion that autoimmunity is not autoimmune disease.

So is this increase in the prevalence of ANA reflective of the increase in cases of autoimmune disease? Not necessarily. ANA have been associated with chemical exposures, infections, thyroid disease, medications and parity, some of which are changing in frequency.

The study did not show a consistent correlation between BMI increase and ANA positivity because the upward trend in ANA prevalence did not reach statistical significance for the obese category. But the study did find a positive association between being overweight and increase in ANA prevalence. BMI has been associated with risk of systemic autoimmune diseases, and uptrends in BMI exist in the U.S. population.

Chances in the Tournament

In the era of analytics, such as efficiency ratings, ordering ANA tests may be considered the worst possible shot selection—just like logo shots. However, when done by shrewd rheumatologists, channeling the skills of a Steph Curry, they may still be effective.

For better or worse, ANA remain the backbone of serologies used in our field. Despite the fancy moves and the complicated defensive or offensive strategies, we should always go back to the basics and examine what truly excites a rheumatologist on a day-to-day basis—seeing those positive ANA consults. And yes, more of them may be coming.

We think Increasing +ANA will go far in the tournament given the breadth this topic covers, the implications on our patients and because it’s the most common biomarker of autoimmunity. We certainly see more referrals for ANA positivity than for interpreting MRI scans in spondyloarthritis.

Lauren He, MD, is an internal medicine resident at the University of Chicago School of Medicine.

Ana B. Arevalo, MD, is a first-year rheumatology fellow at the University of Chicago School of Medicine.

Kichul Ko, MD, is an assistant professor of medicine at the University of Chicago School of Medicine.

During RheumMadness, rheumatology concepts represent teams that compete against each other in a tournament, much like basketball teams do in the NCAA’s March Madness tournament. In a series for The Rheumatologist, readers will get a chance to read the scouting reports. Check out the reports from each region:

Don’t forget to submit your RheumMadness 2022 bracket by March 25. The winner of each match-up is decided by a seven-member Blue Ribbon Panel of rheumatologists. The panel will vote based on which topic they think is most important to patients, providers and researchers—both now and in the future. The more your picks match those of the panel, the more points you get. The tournament results will be released in four rounds from March 26–April 4. Prizes will be given to participants with the top scores in the following categories: 1) attending/APP, 2) fellow and 3) resident/medical student. The prize is a custom RheumMadness coffee mug and a lifetime of bragging rights.

Connect with RheumMadness by subscribing to the podcast and joining the conversation on Twitter, #RheumMadness. Learn on the RheumMadness website.